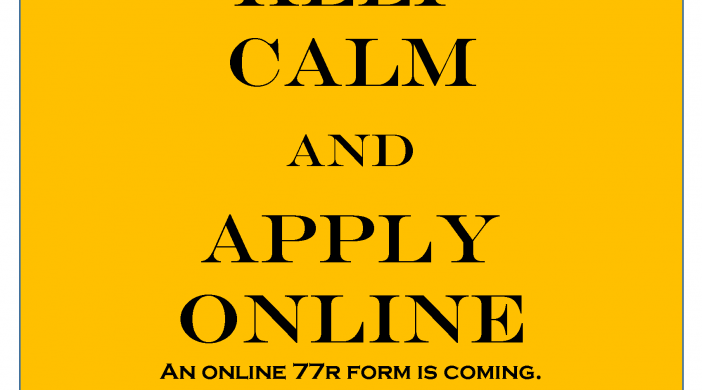 ​A few paragraphs down this page, http://mdsp.maryland.gov/Organization/Pages/CriminalInvestigationBureau/LicensingDivision/Automation.aspx , you can read about MSP’s new electronic regulated firearms application called the 77e, and its planned implementation this fall (election time). They have even created posters and a dealer brochure that you can download here.

What I cannot show you is the episode that occured recently during a dealer training seminar on the new program, where the MSP tech representative tried to demonstrate the new system and crashed it for 2 hours, or other recent computer records problems that have caused legal problems for gun owners and unfulfilled PIA requests. Cue ominous music.

What I find most interesting, is that since the Licensing Division has been in operation since 1966, they have accrued historical data on firearms purchase trends. They were able to accurately predicted the increased demands after the 2008 and 2012 presidential elections, and yet still remained unprepared and understaffed. The only thing they didnt accurately predict, was that the increased demand after 2008 didnt subside as much as they expected, and it became “the new normal”. Even still, the Licensing Division remained at staffing levels created in the early 2000’s. Worse still, is the increased workload created by the HQL in 2013.

Is now, just before what may be another predictable increase in firearms purchases in MD, the best time to completely overhaul MSP’s recordkeeping and firearms transfer process and procedures? Will we as Citizens of the State of Maryland be receiving the best “customer service” if this rollout is an epic disaster?