Last week the Herald-Mail ran an article titled More Marylanders can get wear and carry permits.
We disagreed with some of the statements made in the aricle, and a large facebook circular firing squad ensued.

When emailing the author of the article Mike Lewis, he had the following to say,

The article began when I saw an ad in the newspaper stating: “The regulations have changed!” 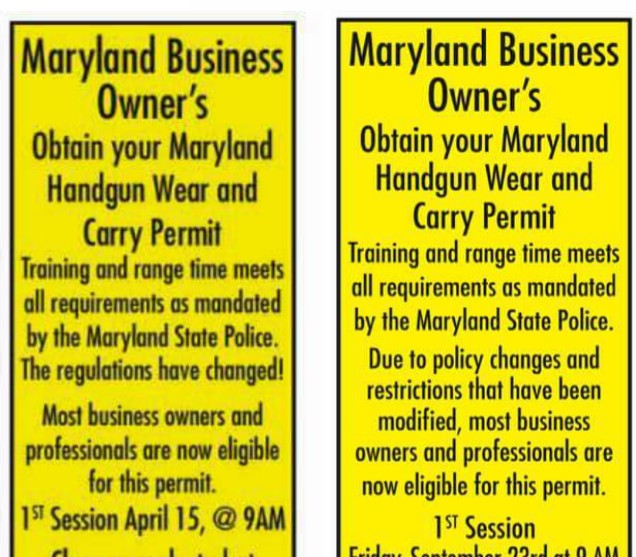 Further in the email, the author of the Herlad-Mail article, Mr Lewis states the following,

But in researching the piece, I found there is no change in regulations, which I tried to address in the article. I probably did not explain this well. Again, as I understand it,  more business owners (or in some cases, employees) can obtain a permit for a wider range of business activities, which means more people can qualify.

All of this was communicated to me within a few days after the article was published, and after (I thought) the bulk of the discussion on the topic had been concluded. I was wrong.

I don’t think I can get Mr Lewis to print a retraction, or a correction, nor would I ask him to. He explained that has moved here from out of state, and that MD’s firearms laws are new to him.

I came to Maryland from Indiana in February, and I’m still learning about Maryland’s gun laws (which are quite different than what I am accustomed to).

My problem with this article centers around people that should know better.﻿