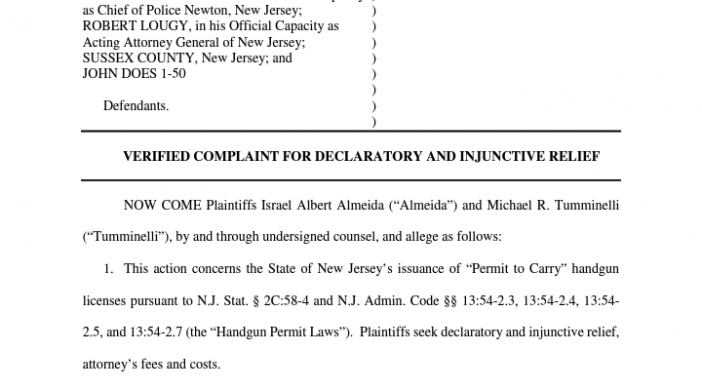 The Almeida & Tumminelli v. Conforti, et al case was filed earlier this year in  the US District Court District of New Jersey. 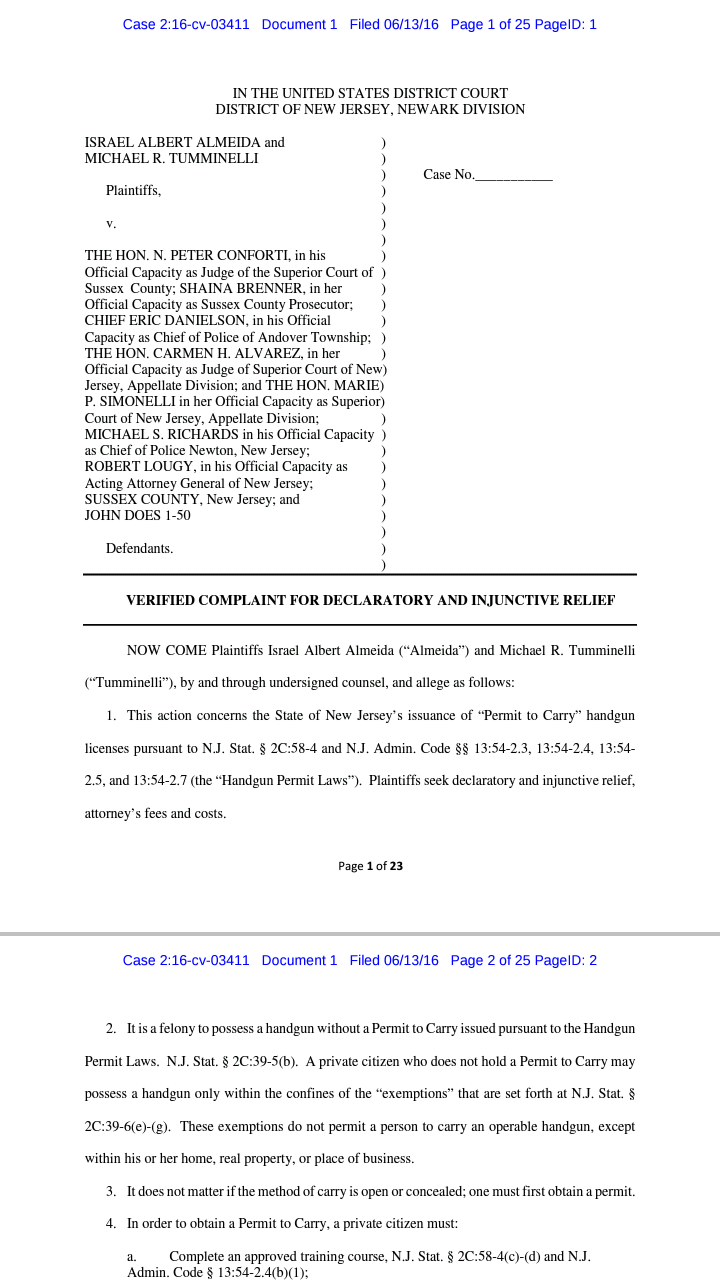 Almeida was told that he had not met the justifiable need standard and that he had “options”, which included to shut down his business; conduct his private business in a different manner; or hire a private armed security guard.

Today the lawfirm of Stamboulieh Law,
PLLC made the following announcement

Today, we are pleased to announce that Albert Almeida received his permit to carry in New Jersey!

It is a fantastic result, given that Mr. Almeida has waited years to exercise his Second Amendment rights in New Jersey, only to be forced to file a federal lawsuit to be vindicated.  While this process is slow and takes a considerable amount of time, energy and resources, we are pleased that New Jersey finally admitted Mr. Almeida met justifiable need; something it knew back when it first denied his permit in October, 2013 and gave him three options: which included to shut down his business, conduct his private business in a different manner, or hire a private armed security guard.

Thank you to Party of Six, Ryan Watson and Alan Beck.  We will continue to work for New Jerseyans and seek to restore their Second Amendment rights through strategic litigation.