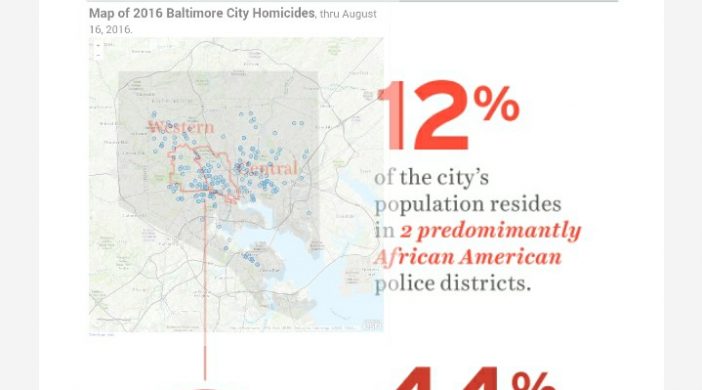 Local media Baltimore Brew, in a joint project, produced a series of info graphics this week based on last weeks DOJ report on Baltimore Police. Their hook Policing in Baltimore in Black and White, lures readers in with racially charged terms. Here’s one of their graphics in an attempt to justify their title: 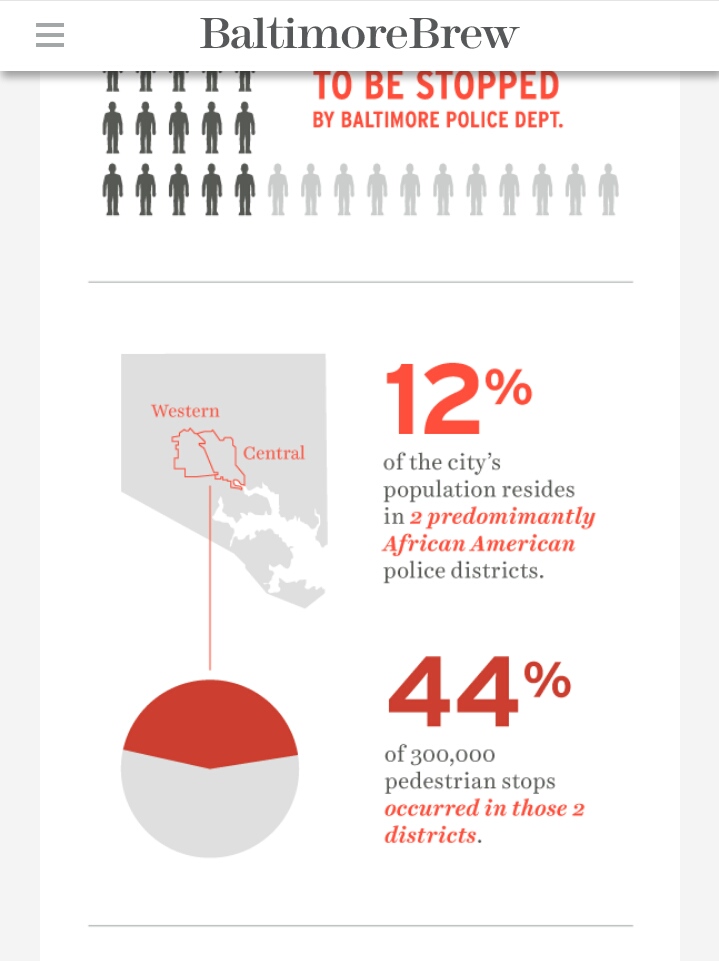 Im sure to most readers, this paints the picture that BPD bases their law enforcemnt activities on systemic racial biases. But there are realities not reflected in the DOJ report, or most of the medias’ attention to that report. An example of this ignored reality can be found at blogger Cham Green’s 2016 Baltimore city homicide list and map:

This shows the worst of the worst violent crime in Baltimore city. And homicide rates like this dont occur in a vacuum. Maps of non fatal shootings, assaults, rapes, gang and drug activities, and other violent crimes like car jackings and armed robberies will have similar clusters, co located in these same neighborhoods and police districts.

So what do you see when we over lay these two graphics?

One thought on “How Baltimore media misleads on the DOJ report”